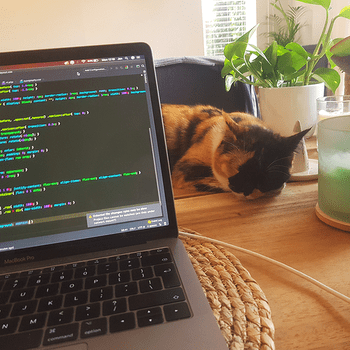 Do you have questions for Jan Idsinga?

Log in to ask Jan Idsinga questions publicly or anonymously.

Upcoming is the Dropzero App (as seen @ https://drop-zero.web.app/claim) and I've been playing around with it's design a little bit. I would love your opinions.

- Would you like to see this design (or parts of it) realized in the current app?
- Do you have issues with one or more elements of this design?
- Would you support an official proposal?

Liked by John Velasco and 7 others

Should we make Blockzero's GitHub more available to the public?

Thought
Right now there does not seem to be a publicly shared GitHub repository for Blockzero related projects and/or websites. I feel like there is opportunity here.

Idea
Open up Blockzero's GitHub to more citizens. This would allow those with a background and/or interest in development to contribute to projects on a regular basis.

This would:
- Grow our active developer base within our direct community (less outsourcing).
- Allows citizen contributors to tackle on minor issues and thus creating space for the Core developers who do not have to deal with small fish anymore. This speeds up both future development and can also create consistent updates for released projects.
- Decentralize Blockzero just a little bit more

Example:
Our most recent project is FlashStake, which recently had a UI revamp. This revamp came with minor visual bugs (like a button not working, incorrect margins or responsive issues). Instead of pulling away Core developers from new projects in development (like AquaFi), we can involve citizens to tackle these minor issues. This would lower the workload and increase the focus of the Core developers.

Final thoughts
I think it will also be a step towards a more community-driven development and it will offer more transparent development as a whole since code will be (re)viewble at any time.

We could create a publicly accessible todo-list with (minor) issues that can be tackled by citizens.