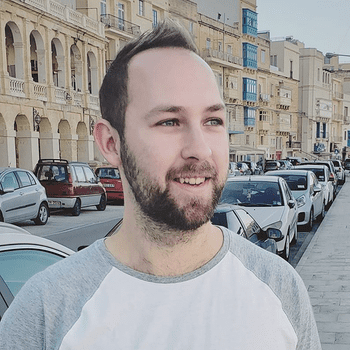 The best way to predict the future is to create it.

Do you have questions for Zachary Dash?

Log in to ask Zachary Dash questions publicly or anonymously.

The Blockzero Vortex is the core business model and incentive layer for the entire project. At a code level, the Vortex offers extreme flexibility in how we structure/utilize it through something called Portals.

The yield (APY) for this portal is ultimately set by free-market dynamics. There are two parameters that impact APY.

However, the innovation of the Vortex that we have not yet seen in the industry is the ability to earn multiple output tokens (Y). For example:

While this Single Portal model is unique, it comes with two inherent tradeoffs:

The alternative solution to the Single-Portal Model would be the Multi-Portal Model. In short, instead of staking XIO to earn yield on multiple tokens, you condense your staking power to earn a yield on one (or a smaller number) of tokens.

Here are some examples of what to expect below.

In this example, the user is making one stake and would need to make three different withdraws.

This is a Mental Mining campaign! In the comments below, let us know your prefered style of staking and why: Single vs Multi-Portals

The purpose of the Mental Mining campaign today is to take the newly released article from yesterday (Blockzero, Simplified) and analyze the potential impact/opportunity of two of the Divisions: Blockzero Studio + Blockzero Accelerator

Through this, we hope to attain a better view of the opportunities + obstacles of each Division while also getting a sentiment check from the community on where Citizens would like to see resources focused.

Quick context on Studio vs. Accelerator

The Blockzero Accelerator is the growth division of Blockzero. It is where we help external projects with marketing, advisory, increasing engagement, strategy, hitting KPIs, etc). The vision of this Division is to be the Y Combinator of the decentralized world.

When Blockzero initially started in late 2019, the momentum was definitely focused on the Accelerator side. This vision of the "Y Combinator of the decentralized world" and the concept of helping accelerate/grow projects resonated and still resonates with so many people to this day.

In just one month of announcing Blockzero (previously XIO Network), we had over 75 projects apply.  The demand was certainly there, but where we lacked was experience and resources.

Could we really expect to help other projects if we didn't first help ourselves? We needed to dive deeper into the weeds. We needed more resources. We needed to learn before we could advise.

Flash forward to 2020, the community identified an opportunity that would allow us to not only help other projects but build projects ourselves. The concept of the "Token Studio" was born. Six months later on New Years Day 2021, Flashstake was live.

As of today, Blockzero is a lot of things to different people. Where we put our energy, resources, and most importantly --focus-- has never been more important.

The Mental Mining topic we are bringing to the community today to get feedback on these questions:

To clarify, we are no choosing to only do one or the other. Neither of these Divisions are stopping. Moreso, we are balancing resources.

Below are some quick my personal quick thoughts about both. I encourage anyone/everyone to challenge and add to these pros/cons as needed.

The Studio has been a fun and rewarding journey. It has allowed us to go through the entire creation process from beginning to end and learn a hell of a lot along the way. It is not, however, without its own obstacles and downsides.

The initial Accelerator we did in 2019 was fun as well but was very overwhelming at the time. This was at a time when the project was mainly run by myself and Austin. Now, Blockzero has over a dozen people working on the project on a daily basis.

Most recently, we opened back up the Accelerator program with the UMA project.  Despite Ethereum gas delays causing us to pause the final phase, this as well has been a fun experience and led to extremely positive feedback from the UMA team.

Let's Do Some Math

From a math perspective, if we had Vortex TVL as the north star, here are some examples of where we would be with Blockzero

Of course, these estimates are extremely broad and hard to predict. Building projects is very boom or bust with not a lot of predictability.

For perspective, YC currently does 600 startups per year and takes 7% of each project. The market cap of Ethereum alone is over $250B.

The goal of this Mental Mining campaign, as always, is to have an open dialogue with our community and see where your passions and curiosities sit. In the comments, we are asking to share your thoughts on any/all of the below questions.

As Citizens, where would you prefer we put our focus, energy, and resources: The Studio or the Accelerator?

Liked by Panos and 16 others

Yesterday I published an article that should have been released a looong ago.

If you want to do as little reading as possible to get the most info as possible, this is for you. Blockzero has been in a constant state of exploration since its launch. The goal of this article is to bring necessary *focus* and structure to the project.

If you read through the following article, you will understand 99% of what you need to know about Blockzero.

While there isn't much new information in the article, there is definitely more focus and structure. This organizational process was important to help us identify the primary value propositions of Blockzero and segment out everything we do. We ended up identifying three primary divisions that have begun to expand over the course of our existence:

If you could vote to increase or decrease the amount of influence the Blockzero Council (7 members) have on the project, what would you choose? Why?

We have been adjusting to changes to the DAO model of decision making the last several weeks. There are always tradeoffs of speed vs decentralization. Looking for feedback on how you think its going and if you would prefer to see an increase or decrease amount of influence from the Council.

Let's bring a little fun back into Blockzero!

1) Come up with any unique, quirky, or creative marketing/development idea

2) If it ends up being built/executed on by Blockzero Council, you get 2000 $XIO

Your idea can be for Blockzero, Flashstake, AquaFi, or any project we are associated with.

You aren't expected to do *anything* except come up with the idea!

If your idea is good or impactful enough, we will take care of the rest.

All you have to do is start a *discussion* at home.blockzerolabs.io

Use [Marketing] or [Development] to identify what category your idea is.

Liked by Anthony and 12 others

This is the thread to share your questions, concerns, observations, or overall thoughts on the most recent Zynthetic vs. Wormhole article: https://zacharydash.medium.com/zynthetic-vs-wormhole-two-potential-futures-of-flashstaking-7ffd1ab1ba0e
______

Important overview of the discussion

Process: We distribute 1,000,000 "$DROPTIONS" to anyone who has more than X amount of ETH and have used Uniswap before (these are just example parameters but we can set them to whatever we want).

A "Droption" is simply an erc token that is redeemable for XIO tokens at a later date.

They would be distributed through the new  Dropzero dapp.

What is 1 Droption token equal to?

Well, it depends on how many people claim their Droption token before September 1st (this date can be changed)

1) This will incentivize people to tell other people claim, as it increases the value of their claim.

1) What parameters would you require for people to be eligible for the Droptions?

We can get extremely targeted (example: only to users have have more than 1.53 UNI tokens AND who have used Balancer AND who's wallet is 8 months old AND who has moved tokens in the last 19 days.)

Or we can get extremely broad, which allows us to reach a broader audience.

2) How many total tokens would be good for this campaign? I put 1M as a placeholder. The more we put, the more awareness, but also more inflation.

3) How long should people have to claim these tokens?

4) Any general feedback? Would you support this?

Please make sure to include your XID

Posted this update on $ZIWI + Zynthetic video yesterday but forgot to post here! Tldr: we have three options to move forward 1) Do more R&D on Ziwi 2) Build Ziwi as Dropzero instead and use $XIO as native token 3) Focus on Zynthetic/Wormhole upgrade for Flashstake (These are not all mutually exclusive options)

Concept: Distribute 100 XIO to all wallets with over X amount of ETH. I think if we paired this with a medium article titled: "Introducing Dropzero - The Universal Token Distribution Dapp" - Drop Tokens To 1M+ Users with one etheruem transaction

And if we also had the Vortex ready by then as a place people could immediate stake their XIO, this could be a powerful marketing campaign.

It shows our ability to produce high quality dapps, gets XIO into the hands of thousands of people, and draws attention to Blockzero Labs.

The xiOptions only become valuable/convertible to XIO if we hit certain goals (TVL, XLP, etc)

Liked by Kristaps Bormanis and 12 others

The power and potential of FlashstakeMe for donations.

Got this DM on Twitter. Reminded me of the power of FlashstakeMe if we execute on it properly.

Stake your tokens and redirect a percentage if your yield to the cause, person, or project of your choice.